Just Anna is a communications training consultancy founded in 2012. Learn more about our trainees: 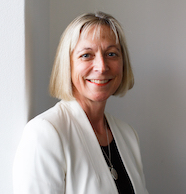 Based in Sydney, Just Anna works with clients in New South Wales, Victoria and nationally to deliver on their business objectives.

Anna is a former director and owner of PR consultancy Fenton Communications, where she led the media training team and was head of the Sydney office.

She previously worked as a journalist in Melbourne and Canberra for The Australian, The Canberra Times and the Sun Herald, including a four-year period as a political correspondent in the Canberra press gallery. While living in France for two years, she contributed a daily commentary to ABC Radio and worked as a French-English translator. She has also taught adults English as a Second Language for the past five years.

Anna has a Bachelor of Arts (Hons) from the University of Melbourne and CELTA (Certificate in English Language Teaching to Adults).

Anna has a strong social justice focus. She is Deputy Chair of the Women’s Housing Company. She loves tennis, travel and kayaking. 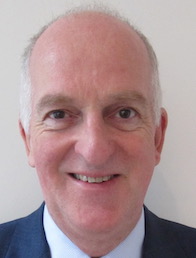 Andrew Main has spent 35 years in journalism and stockbroking, in Perth to Sydney, Paris and London and was Business Editor of The Australian between 2007 and 2009.

While at the Australian Financial Review between 1992 and 2007 he was a joint winner of the Gold Walkley Award, Australia's top journalism prize, in 2003 for a series on stockbroker Rene Rivkin's Swiss bank accounts and he has published two books, one on HIH insurance and the other a biography of Mr Rivkin.

He spent five years with a regular spot on ABC radio 702 in Sydney explaining the mysteries of finance. He was a regular commentator on Sky Business, but his day job for the four years between 2012 and 2015 was as WEALTH editor of The Australian.

Since leaving The Australian in late 2015, he has been a freelance writer to the financial services sector, an MC for business events, and a media trainer with Anna Grutzner.